PROBLEM:
This coal-fired power plant stores large amounts of coal in silos that feed the pulverizers. These concrete silos are 30 feet in diameter and 50 feet high and sit on top of a large stainless steel funnel. When damp coal is loaded into the silo, a corrosion cell is formed that attacked the mounting structure on the interface between the concrete and the stainless steel.

SOLUTION:
This particular problem called for a coating system that would resist the chemical attack of the wet coal, have superior abrasion resistance, and bond to the concrete and the stainless steel effectively sealing the joint.

Station personnel entered the silo and set up staging and lights. At the interface, a minimum amount of concrete was chipped away so weld seam inspections could be performed. Rework of the weld seams was performed as necessary.

Arcor performed an abrasive blast operation to brush blast clean the concrete and to create a clean profile the stainless funnel. After blow down and vacuuming out the crevice, ARCOR™ TS-RB was installed to partially fill the void. Next, a layer of Arcor™ Poly-T, our high abrasion resistant rebuilding material was installed by squeegee to form a smooth transition from the concrete silo onto the funnel. A base coat of ARCOR™ S-20 White, followed by a top coat of S-20 Red, completed the project and sealed up any remaining voids.

RESULTS:
This project, involving eight silos, was completed in June and July 1988. Yearly inspection proved that this coating system is performing. In October 1994, after six years of service, an additional layer of ARCOR™ Poly-T was installed to replace that worn away by the thousands of tons of coal that had passed through these silos.

Interface between concrete and stainless steel.

ARCOR Poly-T applied as a top-coat at interface. 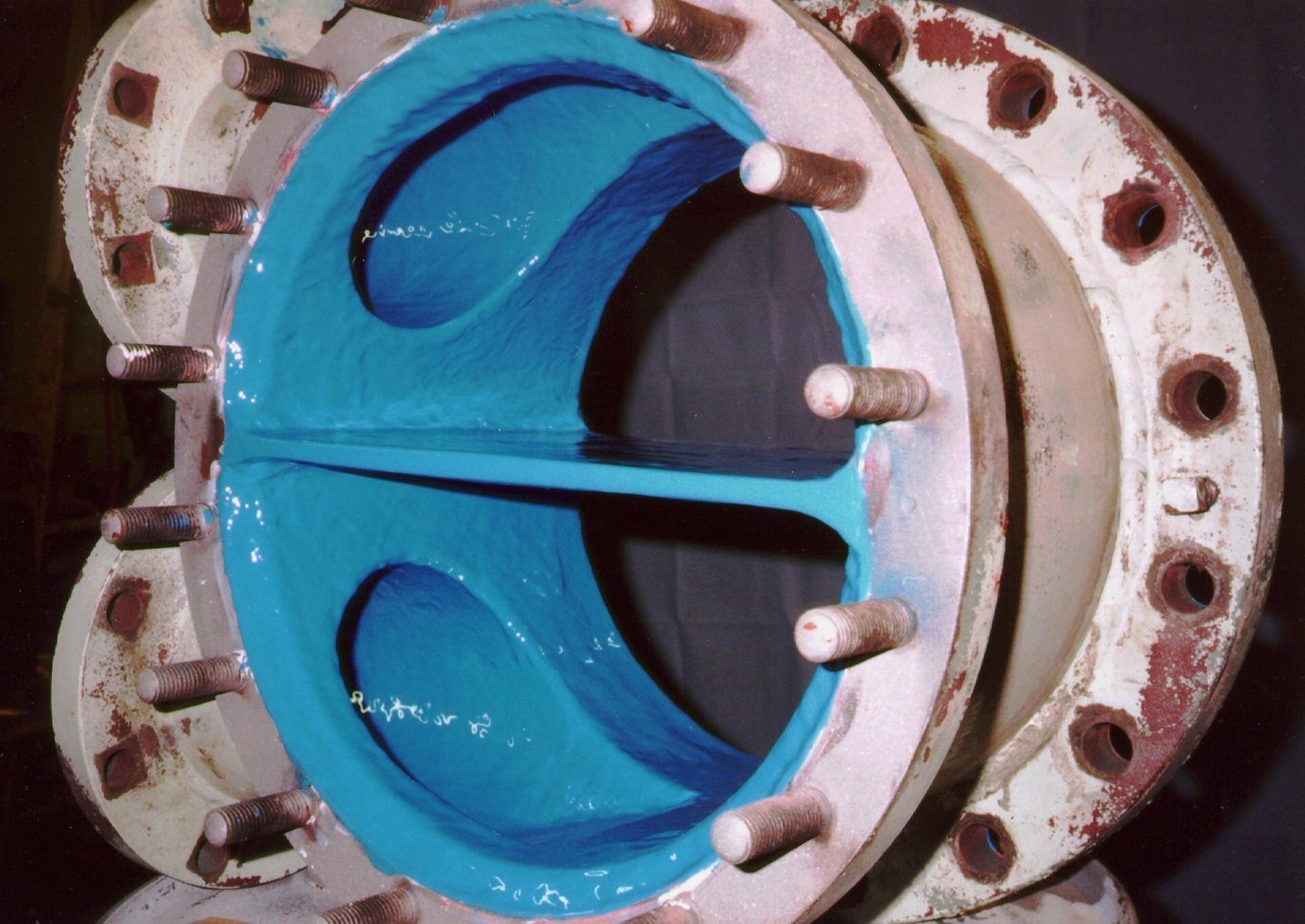 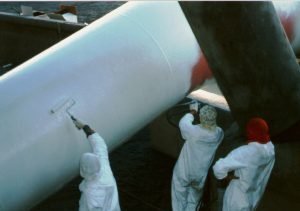 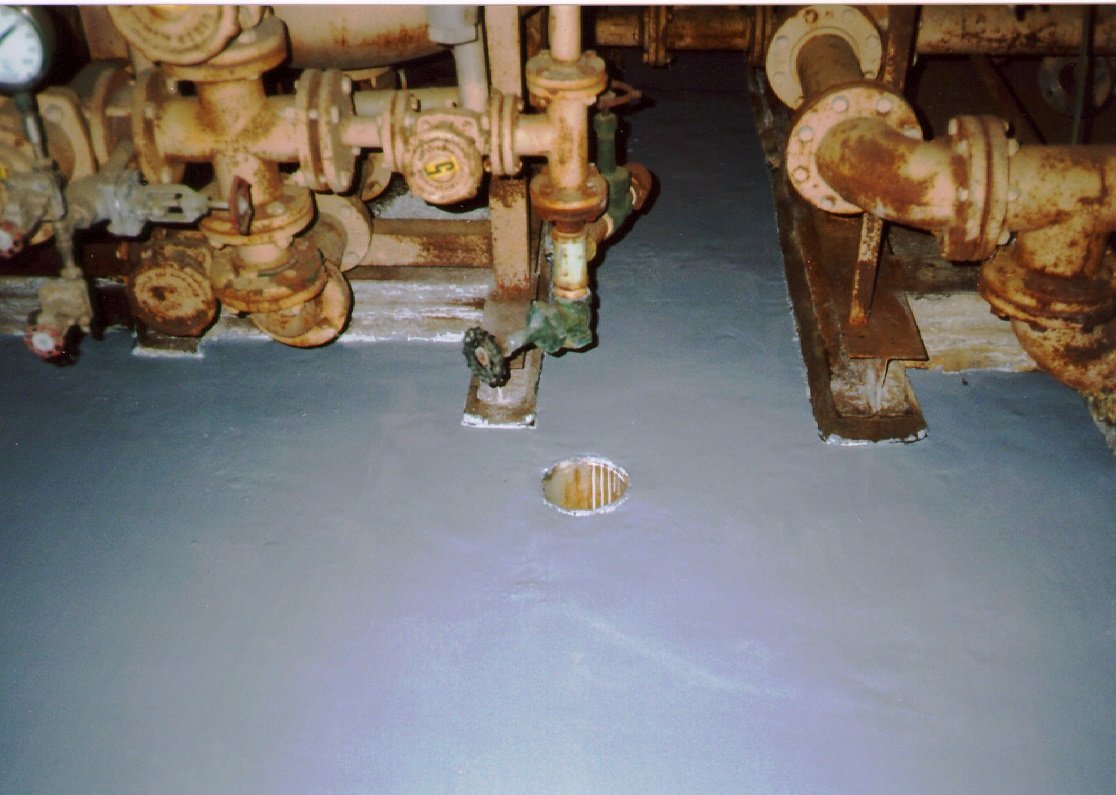 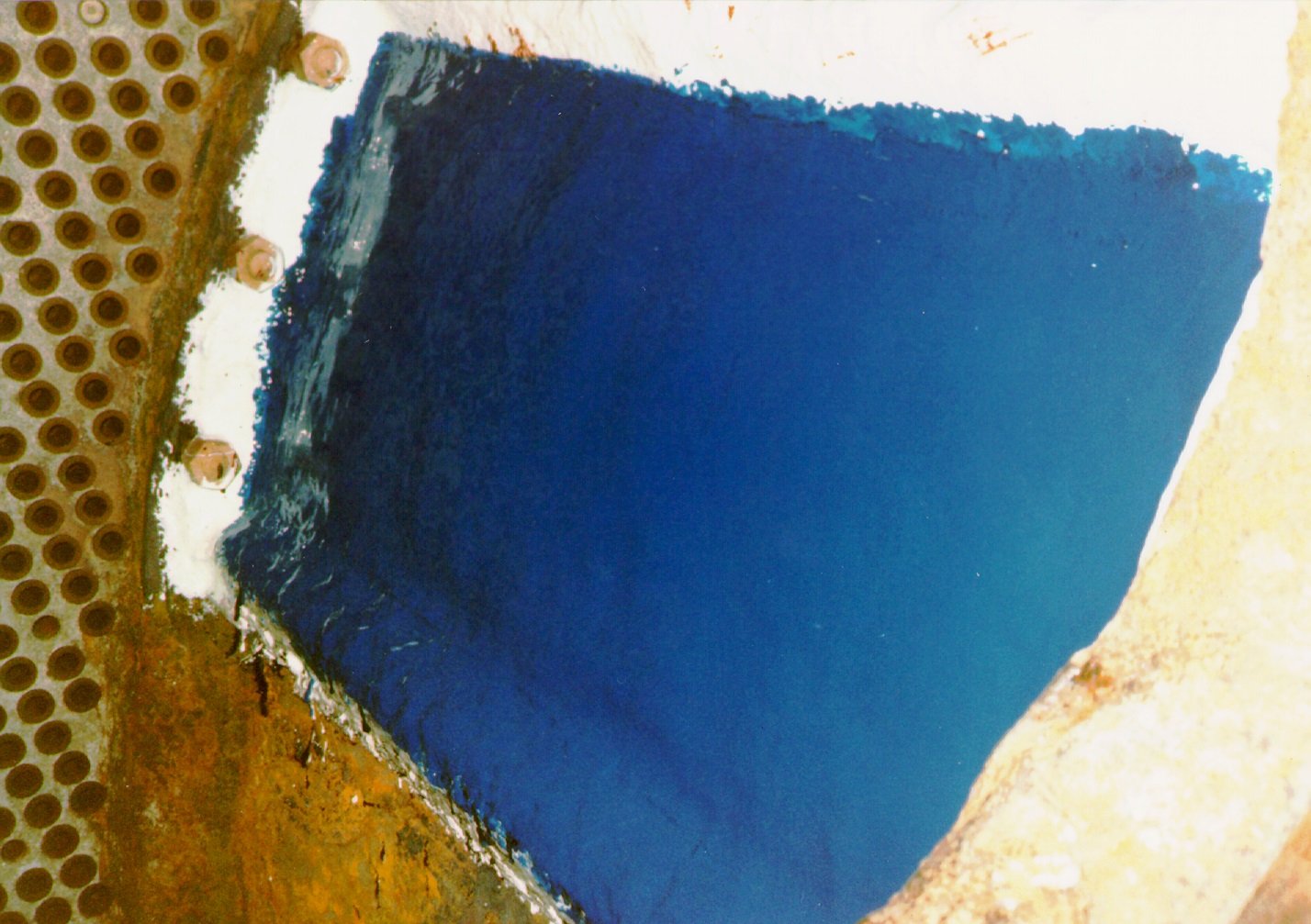 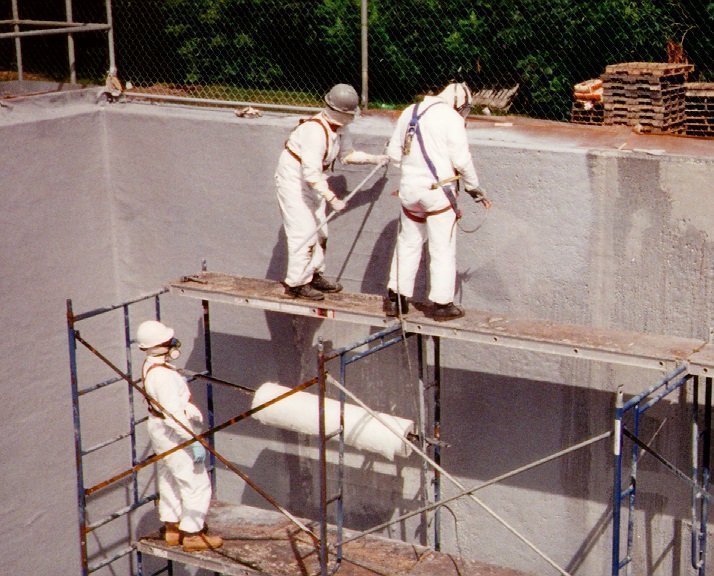